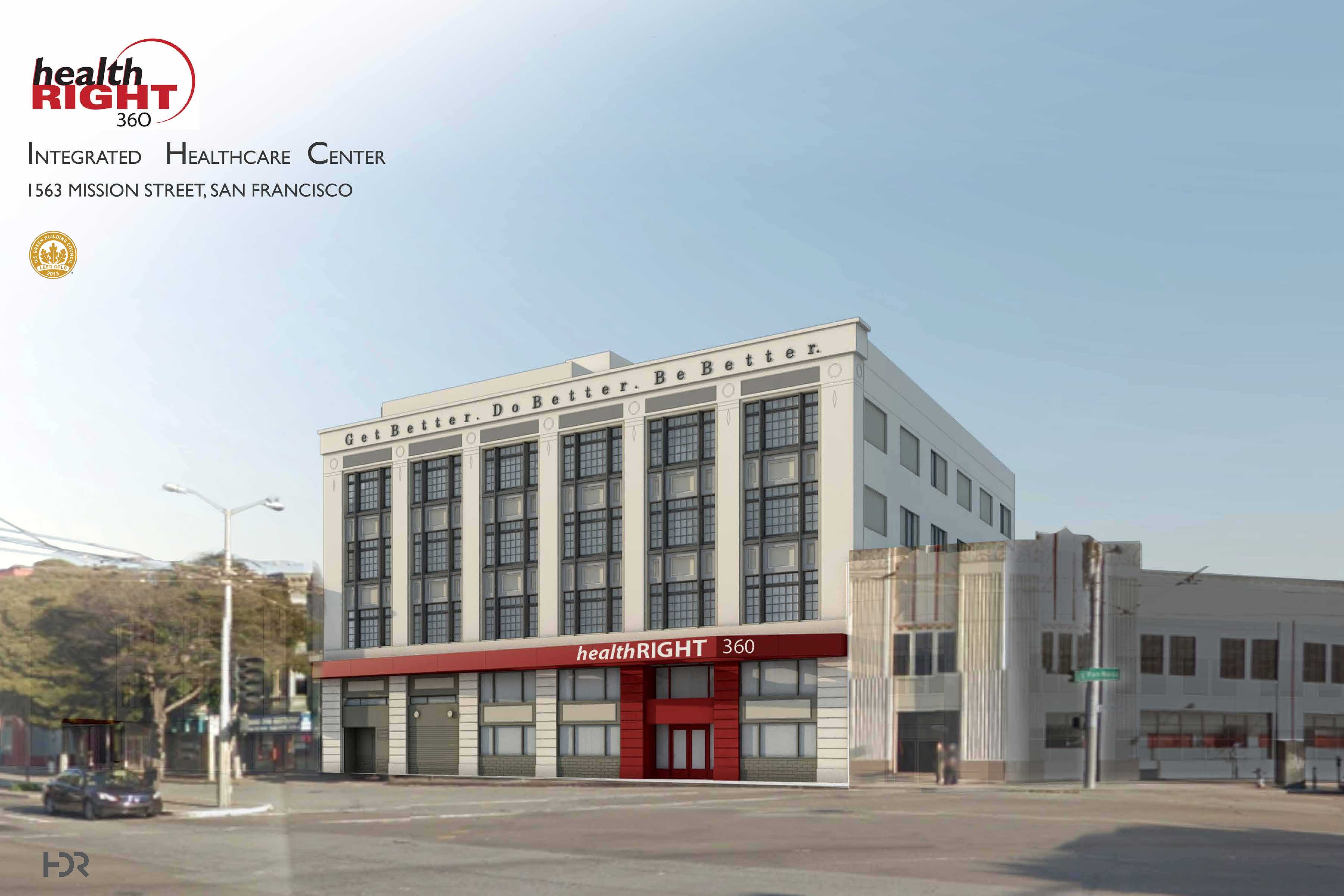 HealthRight 360, a San Francisco-based nonprofit that provides health care services to homeless and other vulnerable low-income people statewide, has closed $51 million in financing for a new headquarters center and clinic, and other needs.

The subsidized funding, through the New Markets Tax Credit program, will help it fund its new 50,000-square-foot complex at 1563 Mission Street to open next year. That includes $17 million in purchase costs, $31 million to rehab the facility for the new uses, and $3 million in legal and closing fees.

Separately, the San Francisco nonprofit and Prototypes, a similar organization in Los Angeles, announced plans April 14 to merge, with a target date of June 30. The combined HealthRight 360 entity would have an annual operating budget of $115 million and serve nearly 40,000 individuals throughout the state. HealthRight 360’s 2015 revenue was $96.1 million, and it has more than 800 staffers.

The tax credit program provides subsidized funding for developments in economically distressed communities. In this case, HealthRight 360’s financing is supported by loans from Bank of America Merrill Lynch and the Nonprofit Finance Fund, according to the nonprofit. Its project is one of the largest nationwide to win such support.

“San Francisco’s booming real estate market has made it difficult for many nonprofits to lease or buy space in the city,” said Brian Tracey, community development lending and investments executive at Bank of America Merrill Lynch. He said the new markets tax credit funding made this project possible.

But Eisen notes that the San Francisco entity still needs to raise $10 million for the project (it will later net $13 million back from the tax credit financing). So far, it’s raised $5 million in its ongoing capital campaign.