It was 1967, the year of the Summer of Love, and hippies were streaming into San Francisco.

Substance abuse was a growing problem, and some felt the medical establishment was failing to confront it.

That prompted Dr. David Smith, a young physician who worked in San Francisco’s public health department, to start a clinic that would provide treatment, in a deliberately nonjudgmental way, to vulnerable patients. 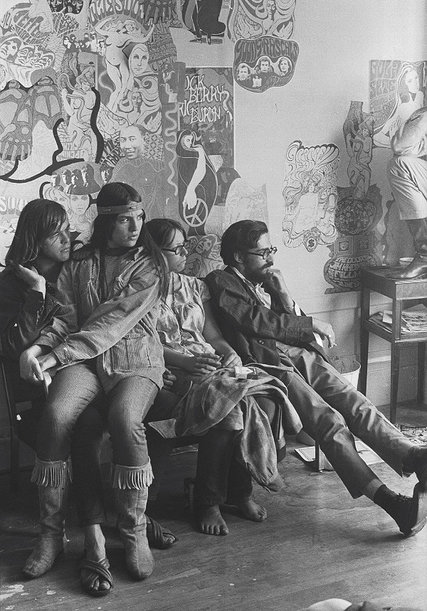 Clients in the waiting room at the Haight Ashbury Free Medical Clinic circa 1967.

It was 50 years ago today that the Haight Ashbury Free Medical Clinic opened under the slogan “Health care is a right, not a privilege.”

Right away, volunteer caregivers were treating more than 200 patients a day, said Dr. Smith — “It was like a MASH unit.”

But funding was scarce. The clinic survived, barely, with the help of benefit concerts by bands like Big Brother and the Holding Company and Creedence Clearwater Revival.

Over time, the free clinic model spread. Last year, there were more than 1,200 volunteer-based clinics across the country.

The Haight Ashbury clinic has itself morphed in a major provider. In 2011, it merged with Walden House, an addiction and mental health treatment program. The combined agency, called HealthRight 360, serves about 36,000 patients a year through 70 programs.

It will soon open a five-story center at the corner of Mission Street and South Van Ness Avenue.

Did Dr. Smith ever think his free clinic idea would spread so far? No, he said on Tuesday.

“But you know,” he added, “the spirit of the Summer of Love lives on.”

The California Today columnist, Mike McPhate, is a third-generation Californian — born outside Sacramento and raised in San Juan Capistrano. He lives in Davis.

California Today is edited by Julie Bloom, who grew up in Los Angeles and graduated from U.C. Berkeley.